This time, we’re going to talk about Ahri. The champion that nobody likes complaining about because of her suggestive character design, the one and only nine-tailed fox on the rift. Oh boy. Ahri feels like a staple of league, one of the best champions overall. She has insane mobility, with three flashes in her ult, CC, movespeed, sustain, and tons over tons of damage.

Every ability does damage. She also gets skins probably more than any other champion just due to her image. Nobody complains about Ahri being broken, even when she is, because she has to hit her E and Q in order to do damage and skillshots are always healthy for the game. Let’s take her lore first, then we’ll talk about her kit and her spot in SoloQ and competitive play.

Ahri was a fox until she came upon a battle, accidentally draining a man’s life essence and turning herself human. After she was partially human, she used her irresistible charm to lure more humans into coming near her, then sucking the life essence from them. Yeah, not so charming is she? Thankfully most Ahri anime fans don’t read the lore.

Tl;dr (OLD) lore - Ahri guest illustrated by uguubear. The Void LORE - League of Legends. League of Legends Story Time: Ahri - The Nine Tails Fox. Requested by: 🌸Koi🌸 C'mon, you know you have a softspot for the hot fox! We are taking a look at.

This ability is always maxed first as it provides both damage and movement speed. Ahri throws out an Orb that does damage both on the way out and on the way back, dealing magic damage going out and true damage coming back.

Landing the orb on the way back allows for insane plays and is a huge step in mastering the champion. Learning the exact range so that both instances of damage tick at the same time is a core part of Ahri’s kit. Along with the movespeed you get after using this ability, this ability is extremely powerful.

Basic ability. Surrounds Ahri with three foxfires that target the nearest champion, and if there is none they will hit minions. They also prioritize whoever Ahri autoattacked last. Some decent AP to add onto her burst, really nothing special about this ability. 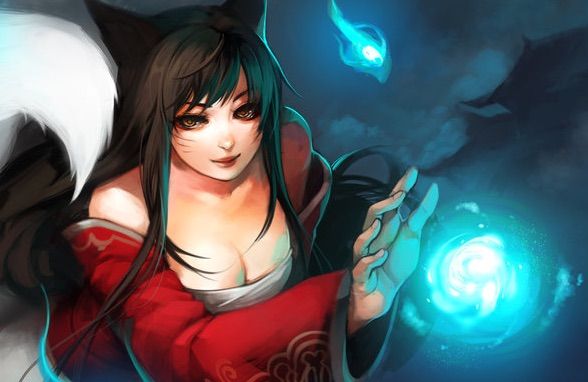 This is what makes Ahri good in competitive. Charm offers a long duration of CC to land your other damage and lets her assist and escape ganks quite well. The ability also does a fair bit of damage, and is quite aesthetically pleasing, fitting in well with her kit and lore.

Some special things to note regarding Ahri’s charm is that if the enemy does not have vision of Ahri, meaning you charmed them from an unwarded bush or such, they will stand still. What good Ahri players know to do is to Charm-Flash, allowing the charm to instantly cast from where you flash in whatever direction you were aiming at.

This is nearly undodgeable, and scripters can even fail to dodge this unless you are casting from max-range after flashing.

Ahri dashes towards wherever your cursor is, up to three times in the ten-second window you are provided after casting the first dash. She fires three bolts that help with her burst, though one enemy can only be hit by one burst. This makes her extremely slippery as it’s practically three flashes; it can go through walls, it gap closes extremely well, and it even does damage.

Spectrum speed test speed test. Ahri is an extremely hard champion to learn, and though it might seem like just landing a charm, many times “Ahri plays” are diamond players managing to land the second half of their Q to deal damage and landing predictive Es. If you want to try Ahri out, get a LoL Smurf from our shop where you can find a variety of LoL accounts and give the Nine-Tailed Fox a go.

7 skins total, with one being limited and the rest being crowd favorites.

What’s more is that despite having seven skins, she has a chroma for Popstar Ahri sporting six different colors.
-Favorite is undecided, though likely Popstar Ahri.