Inspired by shonen anime, the Battle Academia skins re-imagine the champions as members of an elite battle school. Ezreal, Katarina, Jayce, and Lux are all dressed in student attire, and they each fight off test dummies in a fighting simulation while recalling. 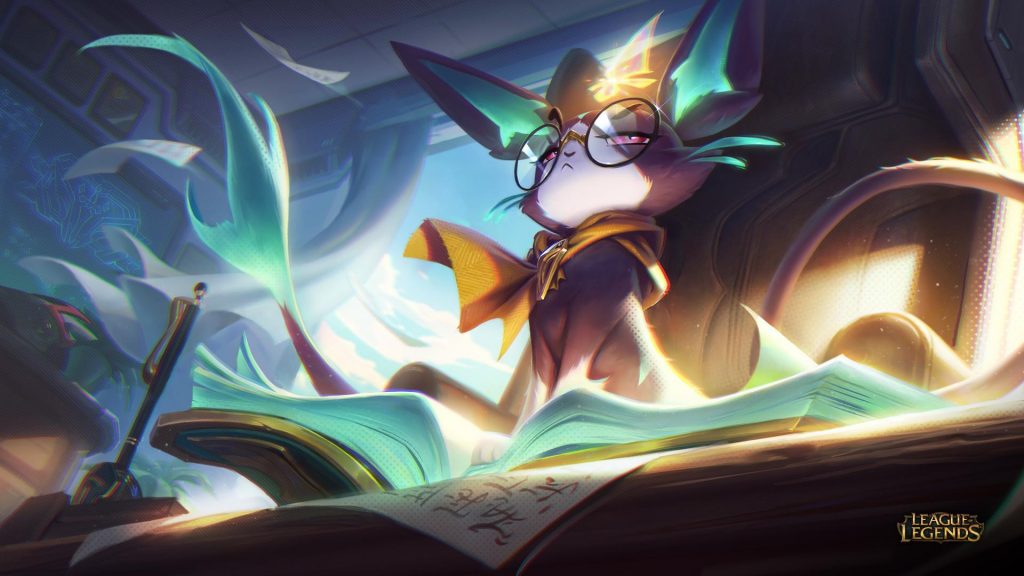 Both Graves and League’s newest champion, Yuumi, join the others in receiving new Battle Academia skins—but not as students. Graves sports a long professor’s coat and points at a holographic chalkboard for his recall, while Yuumi bats a stack of books and a coffee mug from what appears to be a dean’s desk.

The new set of skins will include a legendary skin for Ezreal and a prestige edition for Lux. Several of the new Battle Academia skins will release with their own set of chromas.

The new Battle Academia skin line won’t have an official release date but now joins the League of Legends PBE where they will remain for further testing before hitting live servers in a future patch.