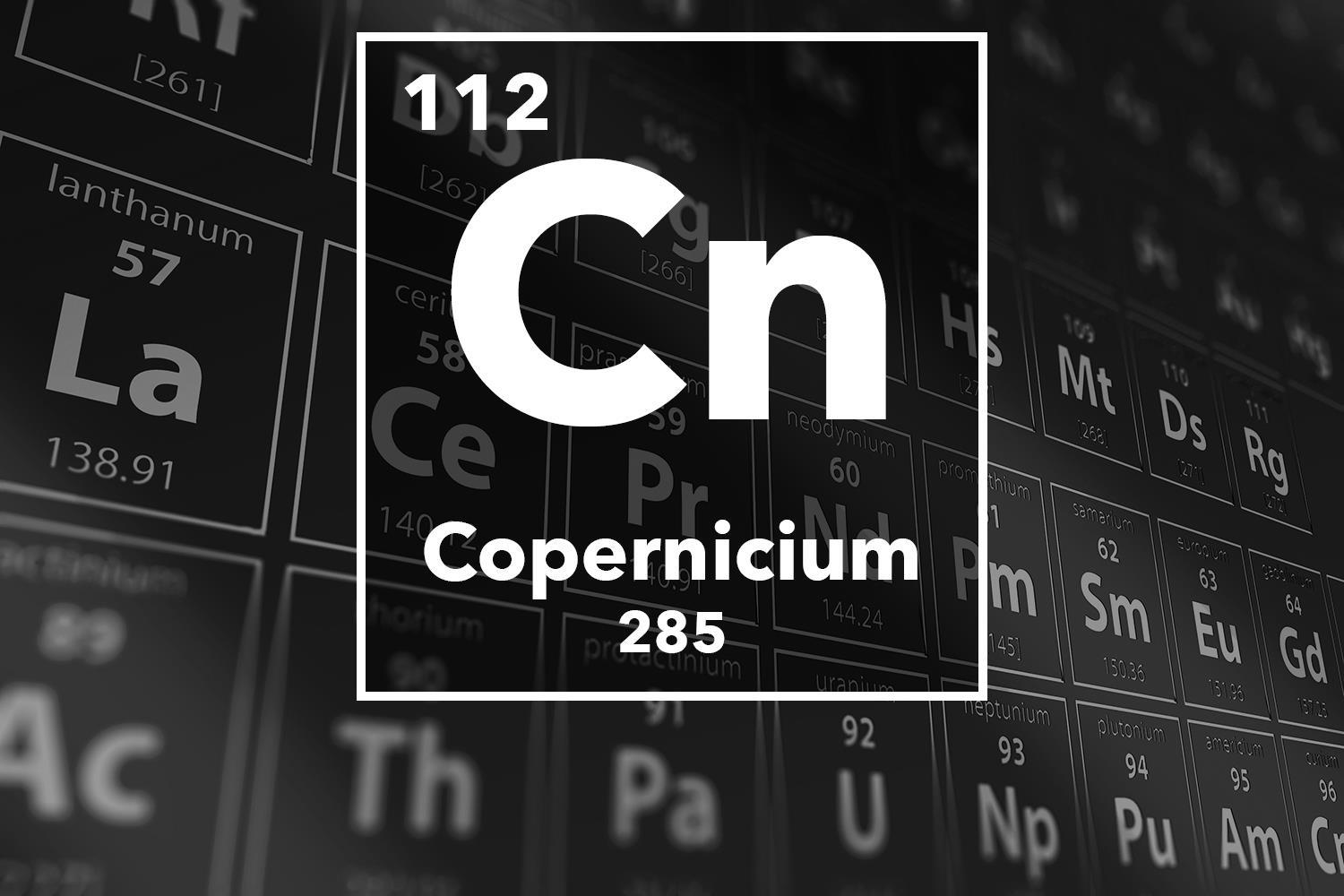 In honor of scientist and astronomer Nicolaus Copernicus (1473-1543), the discovering team have suggested the name 'copernicium' with the element symbol 'Cp' for the new element 112. Copernicium atoms have 112 electrons and the shell structure is 2.8.18.32.32.18.2. The ground state electronic configuration of neutral copernicium is Rn.5f 14.6d 10.7s 2 (a guess based upon that of mercury) and the term symbol of copernicium is 1 S 0 (a guess based upon guessed electronic structure).

Copernicium is an artificially produced element and was synthesized in 1996. It has many unstable and synthetic isotopes

Copernicium is a synthetic element. It was created for the first time in 1996 by Victor Ninov and Sigurd Hoffmann who worked at GSI Helmholtz Centre for Heavy Ion Research near Darmstadt, Germany [1]. A single atom of copernicium with mass number of 277 was synthesized by bombarding a lead-208 nuclei with accelerated zinc-70 nuclei. In 2000, another atom of copernicium was synthesized at GSI. The most stable isotope of copernicium has a half life of around 30 seconds. The element has been named after an astronomer, Nicolaus Copernicus and has the element symbol Cp.

Copernicium is an artificially produced element. And does not exists in nature.

Copernicium exists in gaseous form at standard temperature and pressure. The closed shell electron configuration allows this metal to exist in gaseous form [2]. It is categorized as the first metal to exist in the form of gas. It is part of the d-block elements and is considered as both transition and post-transition element. It belongs to the group 12 of the periodic table and have various distinct features than other members of its group. In solid form, copernicium is the heaviest element in its group and have a density of 23. g/cm3.

Copernicium is considered as one of the most highly radioactive element. It can react with gold and exhibit a highly volatile behavior. Copernicium is resistant to oxidation and requires specific conditions for its oxidation unlike the other members of its group. At room temperature, it is very volatile and have very weak metallic bonds. copernicium can form metallic bonds with silver, gold, copper, platinum and palladium. Most of the compounds of copernicium ions are unstable. In aqueous solution, copernicium has two oxidation states, +2 and +4. Copernicium reacts with cyanide to form stable compound Cn (CN)2.

Copernicium is a poisonous gas. However, little is known about its health hazards.

There are no naturally occurring or stable isotopes of copernicium. There are seven radioactive and artificially produced isotopes of copernicium, with mass numbers ranging from 281 to 286 and 277. The heavier isotopes are more stable as compared to lighter ones. Copernicium-285 is the most stable isotope and have a half-life of 29 seconds, while copernicium-283 has a half life of only 4 seconds. The light isotopes, except for copernicium-277, are synthesized by direct fusion between fusion of two lighter nuclei, while heavier isotopes are produced only by decay of heavier nuclei [4]. 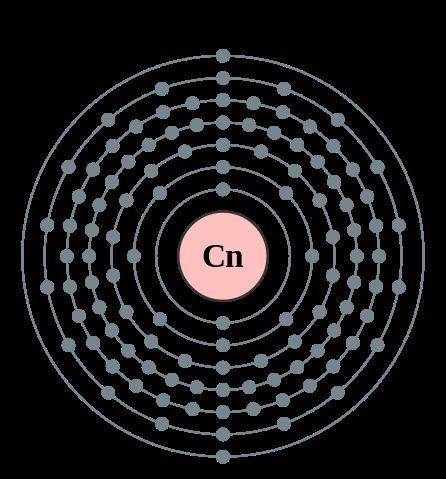 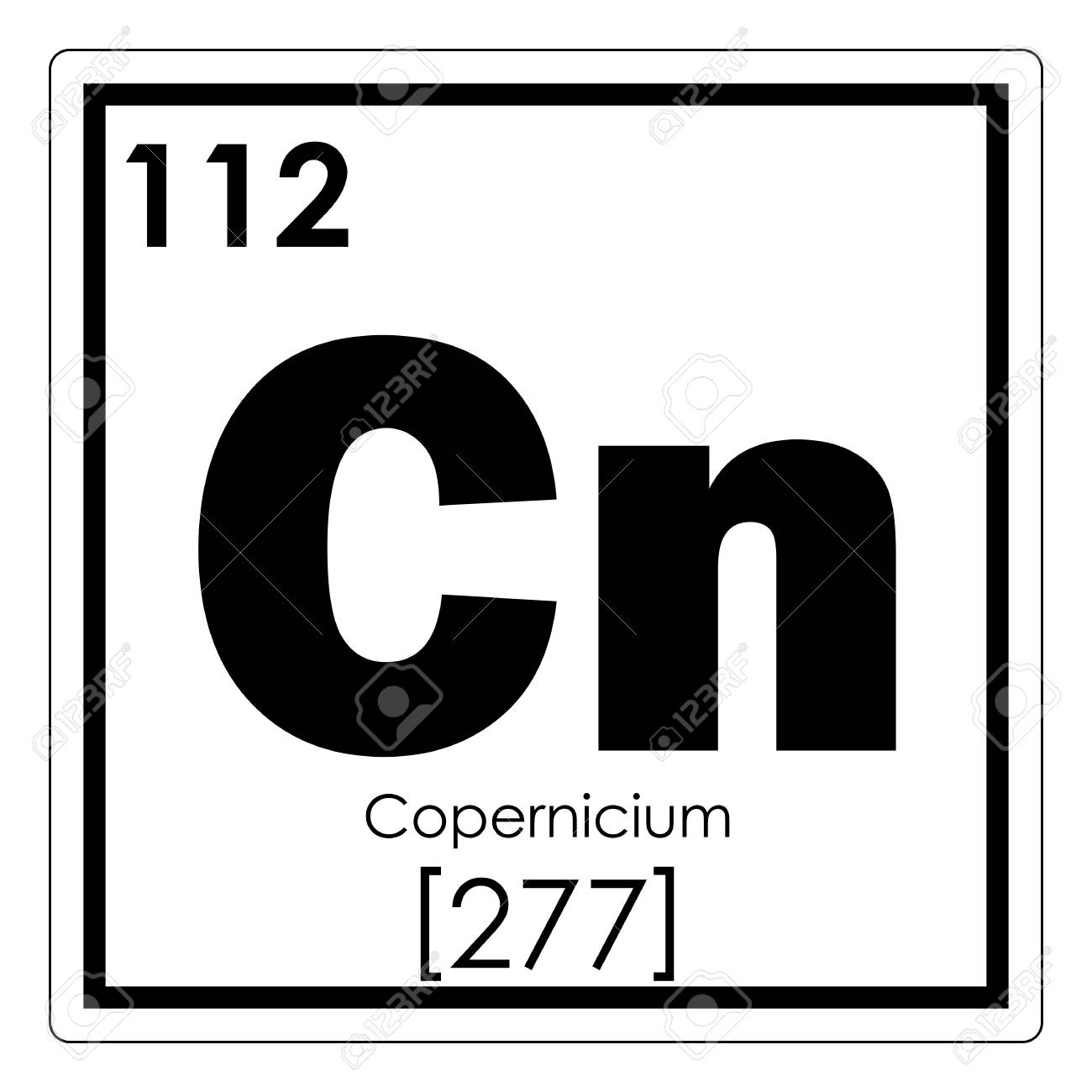