Suppose you have already built a website by carefully picking up the custom theme and it is complete with media libraries, user profiles, comments, categories, and all sorts of website content. Now if you have to move to a different CMS, it may seem daunting even to the best of the breed developers.

So if Joomla CMS doesn't cater to your needs anymore, you need to think of alternatives to move to a different platform that fits your needs. Drupal is the best option we have right now. However, Joomla to Drupal migration can also be intimidating as one needs to know how to handle the custom Drupal module development to accomplish the purpose successfully, or at least you should find an experienced agency who can streamline the website migration process. 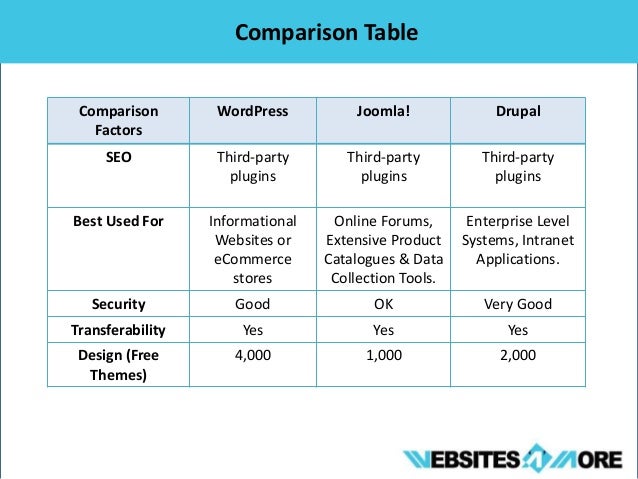 In this article, let us understand what the reasons are for migrating and the different ways of approaching the process. Just dive in to know more.

Reasons to migrate from Joomla to Drupal

Both Joomla and Drupal are powerful and well-established open source Content management system development platforms. They offer similar performance and security benefits and enjoy a lot of community support. So why migrate then?

Flexibility - You can have enormous flexibility in the creation of your applications with Drupal core abilities and capabilities.

Stable Version - The latest Drupal 9.1 version has made the Drupal platform even more stable and usable. Drupal has powerful website management options like its themes, contributions, modules, etc.

Enterprise-level - Drupal comes at the top if you are looking for developing an enterprise website. 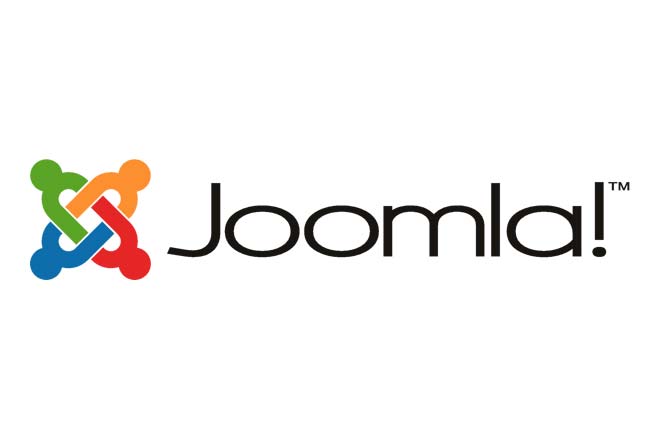 Upgrades - Drupal has over 40,000 modules that give your website a facelift with the much-needed upgrade.

To make the website management simpler and efficient for you, we present here the process of migrating from Joomla to Drupal without any data loss and no breach of security.

Things to know before migrating from Joomla to Drupal

Before we migrate from Joomla to Drupal, you need to know a few things about Drupal

Things you can migrate from Joomla to Drupal

Different Methods of Migrating from Joomla to Drupal

You will take up the migrating process of your Joomla website to Drupal without the support of any additional tools. This, of course, is a tedious process but the only silver lining here is that you can make sure that all the content is transferred without fail. Even if any content or categories are not supported on Drupal, this approach is the best to find a workaround.

Edit your Drupal themes as per your requirements instead of tweaking the Joomla templates. Also, you can go for a third-party editor or manually type in HTML in proper format as Drupal doesn’t have a WYSIWYG editor.

You can for a site migration service like CMS2CMS that is specialized in the website migration process from one CMS to another. You don’t need to have any technical skills as it ensures smooth content migration. You can simply follow the below steps to proceed with the full migration.

Drupal has several migration modules that support site-wide migration preserving the content and appearance. Some of the essential modules required for this purpose are -

Does that feel like a roundabout way of doing things? Yes, it does look so when you are migrating through another CMS. But turns out it is often the convenient and efficient way as WordPress has a better way of importing from Joomla and then exporting to Drupal. You can use plugins like “FG Joomla to WordPress” for importing the Joomla website to WordPress.

You can enter the Joomla website details as well as DB detail and click on “Run Importer”. As some aspects of your website may not be supported by the free plugin, choose a premium plugin that supports well. Once you have the setup on the WordPress platform, verify if you got all the content imported and export it via XML. Move to your Drupal site and install the below Drupal modules that complement the Drupal Core import module -

That’s about it! You need to be mindful of complex your Joomla website is and some of the content on it cannot be supported by Drupal and its plugins. So, make sure you check the compatibility and if in such cases, choose the appropriate approach like manual or go for an experienced agency who can help you out with the migration process.

Skynet Technologies has 2 decades of technical experience in web development services. We have a team of expert Drupal Developers who is adept at handling any challenges that come along with Drupal and its upgrades. We have a skilled team who can help you with migration services and also provide you the post-migration support if required.

First released in 2001 by its developer, Dries Buytaert, Drupal is among the older CMS systems in popular use today. It began as the software behind a message board called drop.org, created by Buytaert. Drupal’s name derives itself from the English pronunciation of the Dutch word drupel, which means “to drop.”

Joomla is named from the phonetic spelling of the Swahili word jumla, meaning “all together.” Released in 2005, Joomla arose as a fork (a new development group that takes source code in a new direction) of Mambo, the predecessor CMS system on which Joomla’s original code was based.

Drupal and Joomla share several useful attributes. Both are open-source and maintain robust development community bases. They are written in PHP, and both are licensed under a GNU General Public License, which allows end users to use, modify, study, and copy the software. This freedom has allowed the sizable Drupal and Joomla developer communities to flesh out the functionality of both platforms with wide-ranging expansions and modules.

On one hand, Drupal is often favored by developers for its build-from-scratch approach. This allows for immense flexibility in functionality, at the cost of a steeper learning curve. It also allows for a greater degree of scalability, as websites and applications can be designed from the ground up for complex and large-scale functions.

Drupal logo made out of Legos

Joomla, on the other hand, pairs the standard functionalities of a “web 2.0” website with widespread support for themes. It trades the coding flexibility and complexity offered by Drupal for comparative ease of use and aesthetics. It offers more ready-built options in the form of extensions and templates that allow for faster and easier setup at the cost of some the flexibility in scale and complexity afforded by Drupal.

Both have welcoming interfaces. Drupal is organized into various tabs. If the content editing tab is opened, users can only complete that task. Fortunately, the controls adjust to what is pertinent to the page you have opened. Unfortunately, it closes off certain options forcing you to move to a new panel.

For Joomla, just about every editing option is visible at once. This includes the article manager, the image selections, content editing, design options, etc. It is all there for a full appetizing view. 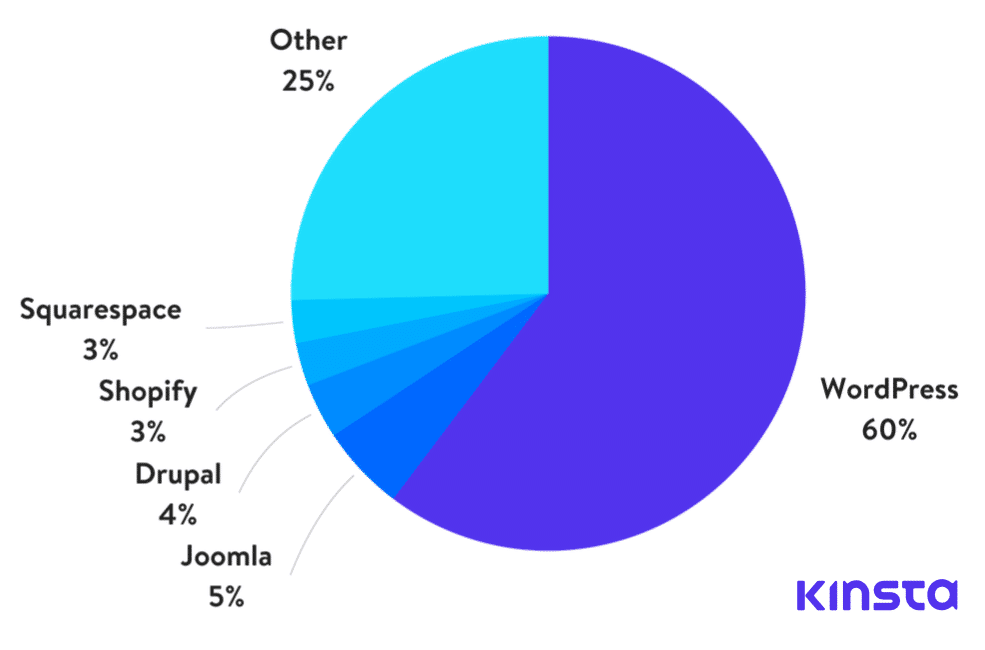 Drupal is inherently complex and has a significantly steep learning curve. There is no toolbar editor; users must know html and implement the code right into the text in order to edit text.

Joomla contains a toolbar and an html editor embedded into the platform. Joomla is often considered vastly more accessible because of the limits placed on extensions, the layout, and the size of the site out of the box (upon immediate download).

An ‘Instant-On’ option for Joomla cuts off all the intense coding features and allows Joomla to exist primarily as a basic website editing system, unlike Drupal which requires a ground-up design for every website, theme and project. Arabic (32 bit).

This video compares Drupal to Joomla:

Both systems are very well protected, Going by the track record Drupal is seems to have a more robust security. However, researching the overall exploit list (i.e. sites compromised on each platform) shows that going by the type of sites compromises, Joomla is far more protected.

Drupal is a tech community through and through. The user base is smaller, and assistance will be complicated but very useful when understood. You are expected to know the technical aspects of your own website. Drupal is financially backed by Acquia Corporation.

The Joomla community is much larger, but the users slant a bit less tech-oriented than Drupal. Joomla’s larger community has allowed them to be 100% volunteer-driven.

If an active user community is important, it is worth noting that Automattic's WordPress has a larger, more robust community than either Drupal or Joomla do. There are two versions of WordPress: WordPress.com, which is a user-friendly and hosted service, and WordPress.org, which is where users can find the downloadable, open-source WordPress script that is a more direct 'competitor' to Drupal and Joomla.

Drupal Joomla Or Wordpress For Ecommerce 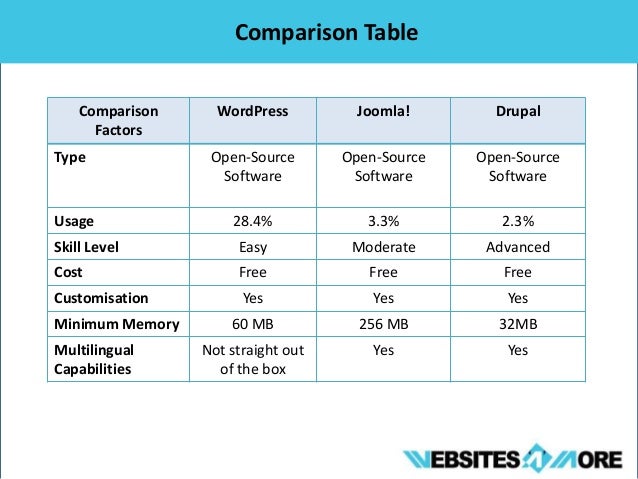