Katarina is one of the most effective mid lane assassins in League of Legends.

The key to Katarina’s success is the burst damage she can create by using a combination of her abilities. On top of the damage output, Katarina also boasts a skill set that allows her to be extremely mobile and move into range of her targets with little setup.

Katarina remains strong throughout all stages of the game, but her power spikes noticeably when she reaches level six. At this time she will be capable of going all-in against opponents with the use of her ultimate ability Death Lotus. This ability early in the game can be devastating against many of the common mid lane champions that don’t boast a lot of health.

Like all champions in League, with the right pick and good strategy, Katarina is beatable. Here are some of the best picks to counter Katarina in the mid lane.

While Katarina has dangerous combinations, to execute these she needs to land abilities. Given this, one of the champion’s biggest weaknesses is against champions who have crowd control.

Two of the best times to use crowd control against Katarina are when she uses Shunpo (E) to close distance or when she activates her ultimate ability. Using abilities that will cancel Death Lotus after it’s cast will take away one of the champion’s greatest tools and help to push the duel in the player’s favor.

It’s also important to watch where Katarina throws her Bouncing Blade (Q) and move away from them. This is where she could potentially teleport with the use of Shunpo and deal extra damage. You can use these blades as a way to bait Katarina into abilities and win the exchange, so paying attention to these is key.

One of the less-played mid lane champions in League, Malzahar is the perfect counter for Katarina.

A big reason for this is Malzahar’s multiple methods for neutralizing Katarina’s most powerful ability, Death Lotus. Once Katarina has initiated this ability she will be stuck in place allowing Malzahar to easily land (Q) Call of the Void, silencing her and dealing damage. Alternatively Katarina’s ultimate can be cancelled by using Malzahar’s ultimate (R) Nether Grasp.

In the laning phase, Malzahar can easily farm using his ranged abilities, but it will pay to be cautious that you don’t get caught out of position. Both Void Swarm (Q) and Malefic Visions (W) are effective tools for poking down Katarina as you farm, but be mindful of your mana consumption.

When it comes time to teamfight, Nether Grasp is the perfect tool for locking Katarina down and eliminating her quickly from the fight.

Much like Katarina, Fizz is a high damage mid lane assassin. What makes Fizz effective in this matchup is his mobility.

With Katarina relying heavily on a combination of abilities and her ultimate that leaves her stationary, Fizz’s Playful Trickster (E) is the perfect kryptonite.

When Katarina engages with Shunpo, a well-timed Playful Trickster can force her to reset and give Fizz the upper hand in the duel. Also, this move is perfect to get Fizz out of the damage radius of Death Lotus and allow him to return to the fight and pounce on Katarina immediately after. The best combination for Fizz is his ultimate Chum the Waters (R), followed by Nimble Fighter (Q) and Urchin Strike (W).

In lower ranked games Heimerdinger is a terrifying matchup for most melee champions in the mid lane, especially Katarina.

The Revered Inventor boasts an incredibly unique skill set that allows him to set up a perimeter using multiple turrets. This means Heimerdinger can farm freely while Katarina is denied gold and forced back to her tower.

Most of the time, this will force Katarina to either play a slow laning phase, or attempt to engage and eliminate Heimerdinger. If Katarina chooses to enter the perimeter of turrets, Storm Grenade (E) can be used to stun her in place and allow Heimerdinger to land Hexatech Micro-Rockets (W) for major damage.

Storm Grenade is also the best way to deal with Katarina’s ultimate. Due to her being stuck in position, this is the perfect opportunity to land the ability and cancel the ultimate.

This lane should be easy since Katarina doesn’t have any great moves to eliminate Heimerdinger’s towers. If you are patient and land stuns when Katarina engages, you’ll be able to stop her offense and shut down her roaming ability.

For AP champions, Banshee’s Veil is a great item to take against Katarina. On top of the bonus AP and magic resistance the item grants, its unique passive ability Annul will grant the user a spell shield for the first ability they are hit by. This can be helpful to reduce some of the damage from Katarina’s burst. 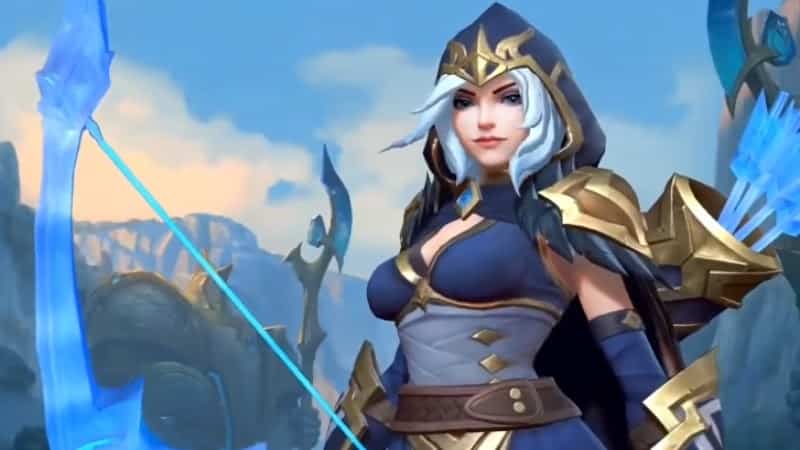 Edge of Night is the AD alternative to Banshee’s Veil and boasts the same passive that’s useful in this matchup.

Another great item for AD champions, Maw of Malmortius is effective against high damage AP-based assassins. 0x800ccc0f outlook 2016 win 10. With this item, when a champion takes magic damage that would put them below 30 percent health, they’ll be granted a shield that can soak some of that damage for a duration of five seconds.

For tank champions with crowd control abilities, Abyssal Mask is a great way to increase the team’s damage output against Katarina. On top of the bonus health and magic resistance, this item has a unique passive that will increase the damage against immobilized enemies by 10 percent. If Katarina is stunned during her ultimate, this increased damage could be the defining factor in winning a duel against her. 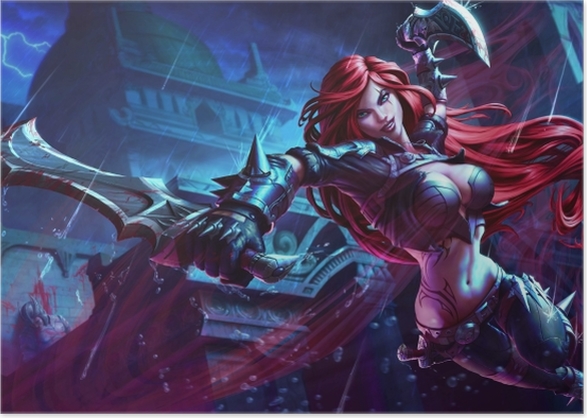 The post The best Katarina counters in League of Legends appeared first on Dot Esports.