The 2021 Mid-Season Invitational will happen and fans now know when, where, and how it will take place.

#MSI2021 is coming. Who will Break Out? Pack your parkas, because League of Legends’ greatest pro players are about to showdown in Iceland! This sprawling, epic landscape will set the stage for big moves & rising legends. Dates: May 6-22. pic.twitter.com/besQKwW3AW

After missing out on MSI in 2020, the second-biggest event on the League of Legends calendar is set for 2021 and will bring together top teams from all around the world. After a variety of rumors, it is now confirmed that the event will take place in Iceland’s capital city and will be in a bubble format like the one seen during the 2020 World Championship, which largely played out without an audience. Besides that, Riot is changing up the format and dividing the tournament into three stages.

MSI 2021 will mark the first time that an official Riot Games tournament will take place in Iceland. All games will be played at the Laugardalshöll indoor sporting arena behind closed doors, but will still include the top performers of the first half of the season from each region.

No teams have been decided for the MSI 2021 yet, but it will only be a few weeks before regional champions will start being crowned.

Format changes for the 2021 Mid-Season Invitational

The biggest change to the MSI 2021 format is the fact that the play-in stage has been removed. This means that all teams from all regions will now start at the same stage of the tournament.

The tournament will be divided into three stages, starting with the group stage, followed by the “rumble,” then ending with the knockout stage. The first stage will include all 12 teams, who will be split into three groups of four teams. Each group will play a best-of-one double round robin. The two best teams from each group will advance to the next stage.

The Rumble Stage is where the six teams will play another double round robin, to find the top four teams that will move on to the final stage. Once again, it’s in a best-of-one format. The final stage has the four remaining teams compete in a single-elimination bracket. All matches will be best-of-five and there will be no room for mistakes. 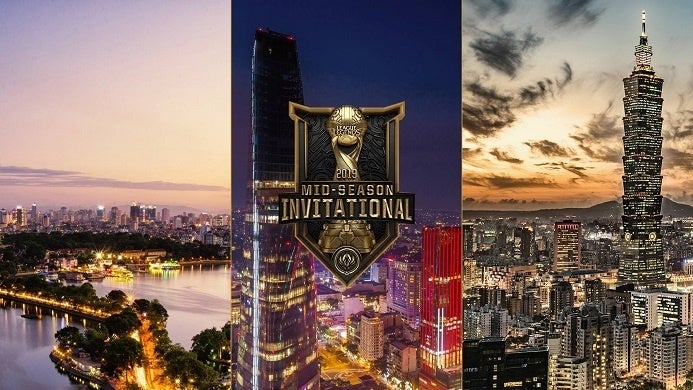 The team that wins two best-of-fives in the knockout stage will be crowned the 2021 Mid-Season Invitational champions.

The Mid-Season Invitational has been held a total of five times, with four different winners. The first-ever MSI was won by EDward Gaming in 2015, followed up by two years dominated by SK Telecom T1. Royal Never Give Up won in 2018, followed up by G2 Esports winning the most recent MSI in 2019.

Since its 2015 inception, the Mid-Season Invitational (MSI) has risen as a standout event in the League of Legends (LoL) esports calendar. MSI is an exclusive tournament for the Spring split victors of each region to determine who will be the champion of champions over multiple weeks and multiple cities. What more could LoL fans want?

Well, a reversal of the 2020 event’s cancellation likely sits high on the fans’ wishlists. Due to recent events, Riot Games’ Global Head of Esports John Needham announced on April 23 that the Mid-Season Invitational would not take place in 2020.

It was an understandable but nevertheless unfortunate decision that hangs gloomily over fans excited to see the first major international LoL competition of the year. What was just speculation leading up to the event must now substitute for the event itself. LoL betting had to instead turn to EU Masters as the big mid-season event that was the pick-ems fantasy was taken from us.

In that spirit of escapist imagination, here are the power rankings of the predicted final four for MSI 2020 in a hypothetical, happier universe with safe international sports competition.

Functionally, fourth and third are equal as MSI has neither a double elimination bracket nor a third-place decider match. That said, alien as it may seem to see the historic SK Telecom T1 (now rebranded to T1) ranked anywhere outside the top three, T1 must be differentiated as the weakest of the major region teams that would have attended MSI 2020.

While the League of Legends Champions Korea (LCK) is not the worst of the major regions, T1 is the least convincing of said regions’ representatives. The glacial pace of the LCK is an outlier in comparison to the global trend of accelerated early games, and T1 may struggle to play their minimal-loss style against teams constantly poking for weakness.

There are also questions regarding top laner Chang-dong “Canna” Kim’s ability to perform on a major international stage as a rookie against proven stars like G2’s Martin “Wunder” Hansen or Cloud9’s Eric “Licorice” Ritchie. Additionally, jungler Woo-chan “Cuzz” Moon is instrumental in unlocking T1’s early game but has a rather limited Champion Pool.

With these factors in consideration, T1 must be placed, reluctantly, at fourth. The caveat, however, is that they are not that far behind the teams ranked above them.

To the doubtless rage of countless fans, the League of Legends Pro League (LPL) representative JD Gaming ranks third. For all the superstar play demonstrated by jungler Jin-hyeok “Kanavi” Seo and career resurgence of top laner Xing-Ran “Zoom” Zhang, JD Gaming still stands on shaky legs. While the LPL boasts many teams capable of performing at an international level, that level of play was not found in the Spring regional finals as JD Gaming and Top Esports repeatedly bungled their chance to close out games at crucial points. Joomla moodle login.

The traditional carry positions of JD Gaming are also unconvincing. Mid laner Qi “Yagao” Zeng and Dong-wook “LokeN” Lee are by no means the best and brightest of the LPL in their roles, and Ming-Hao “LvMao” Zu has some inconsistencies to his play that may prove detrimental on the world stage.

Unprecedented as it may seem, this year’s MSI sees both the LCK and LPL representatives exit Spring in weaker form than their Western counterparts. 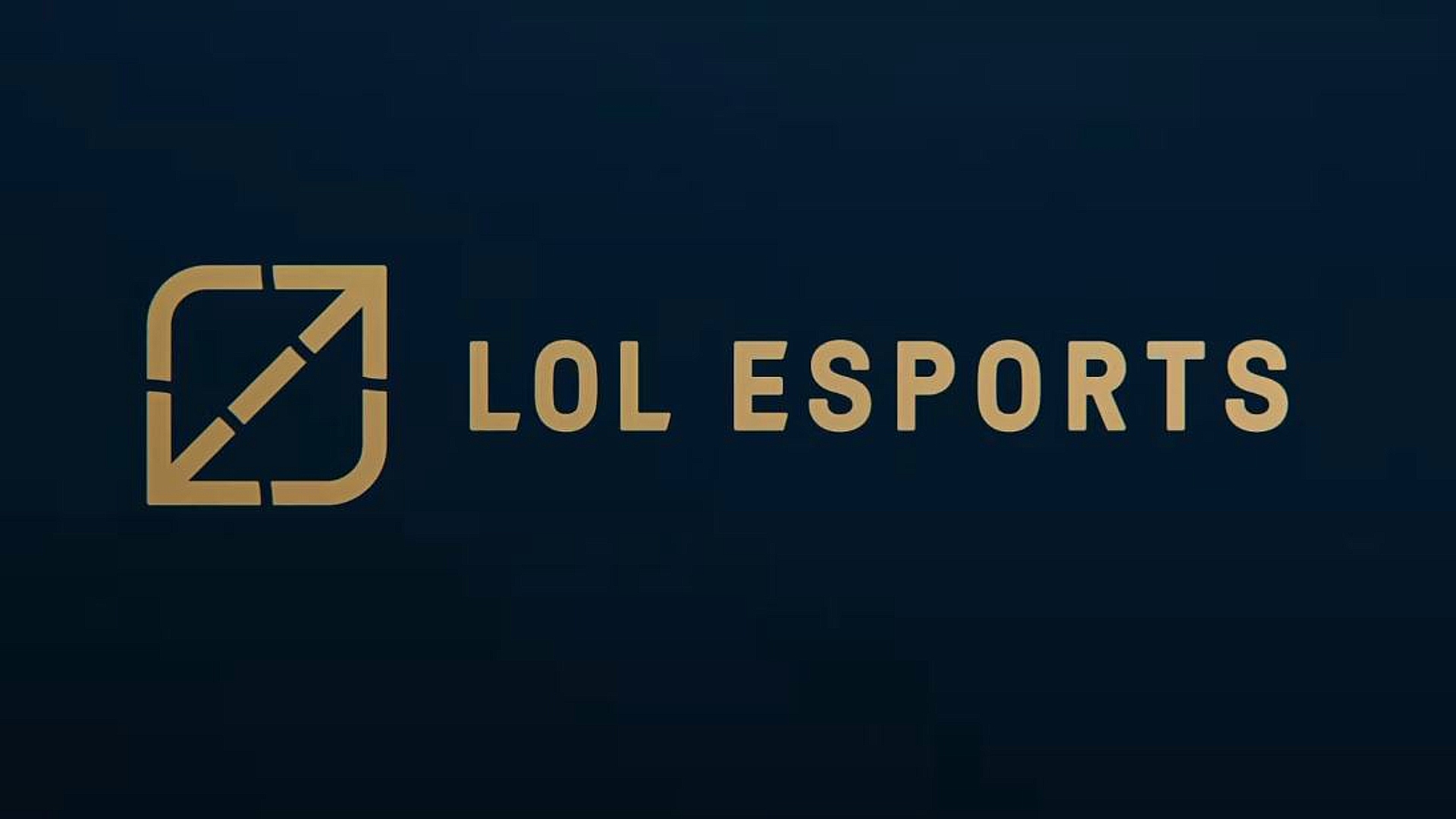 One such Western counterpart is Cloud9, the League of Legends Championship Series (LCS) representative. Cloud9 won the most of the major regions’ champions, with an almost-perfect run in both the regular season and playoffs. This carries the asterisk that the LCS was inarguably the weakest region overall of the four, but it is still a result worth commending if for consistency at the least.

Despite ranking second, Cloud9 has the most variance in comparison to the other teams and could easily drop to fourth in the viewers’ minds after the competition. Lack of domestic challenge raises question marks as to the players’ strengths relative to their opponents. While Cloud9’s teamwork is impeccable, coordination is one of the first things to collapse when opponents are out-matching on a base mechanical level.

Cloud9 also has a known quantity in mid laner Yasin “Nisqy” Dinçer, who is competent and reliable but unlikely to ever match or overcome the likes of Sang-hyeok “Faker” Lee or Luka “PERKZ” Perković.

Still, Cloud9 distinguishes itself from the rest as the recipient of the non-existent-but-important “Least Likely to Throw Away a Winnable Game” award among the top four. 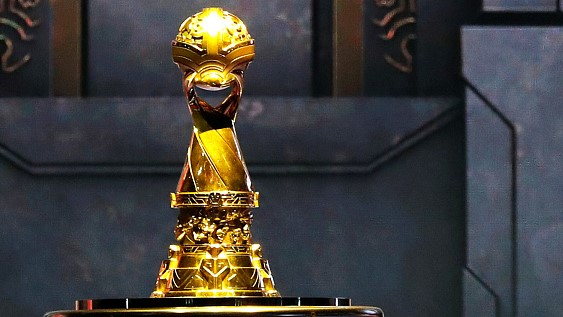 No sense in being coy. The defending champions of MSI 2019, G2 Esports return alongside T1 as the only two major region teams to make the return trip in 2020. Despite sporting the same roster, G2 Esports has a fundamentally different team identity to the one that claimed the trophy last year.

The role swap between PERKZ and Rasmus “Caps” Winther alongside meta changes has taken away the triple-threat trident aspect of yesteryear’s G2. In contrast to PERKZ, Caps is less reliable as a bot laner, and PERKZ likewise has yet to hit the same heights that Caps saw during his mid lane tenure. Consequently, this requires more supportive play and picks from Wunder and more early-game dominance from Marcin “Jankos” Jankowski to stabilize the squad.

Despite all that, it is still unmistakably G2 in the off-the-cuff genius with which the players control the game. The minutiae have changed, but the overall mastery with which these players dictate the game’s pace to constantly gain advantages or turn losses into trades remains constant.

How To Qualify For Msi Lol

Unlike other teams forced to play a chaotic style, G2 Esports plays on the razor’s edge between ingenuity and insanity with intention. It is a delicate dance, but the team’s ability to pull it off with (mostly) no flaws is what earns G2 the top spot.

Sadly we will not see the Spring Split Champions compete at MSI 2020 this year. The skill and strength gap between regions will not be tested. This means that Worlds 2020 will be the ultimate test of 2020 for the entire competitive League of Legends ecosystem.