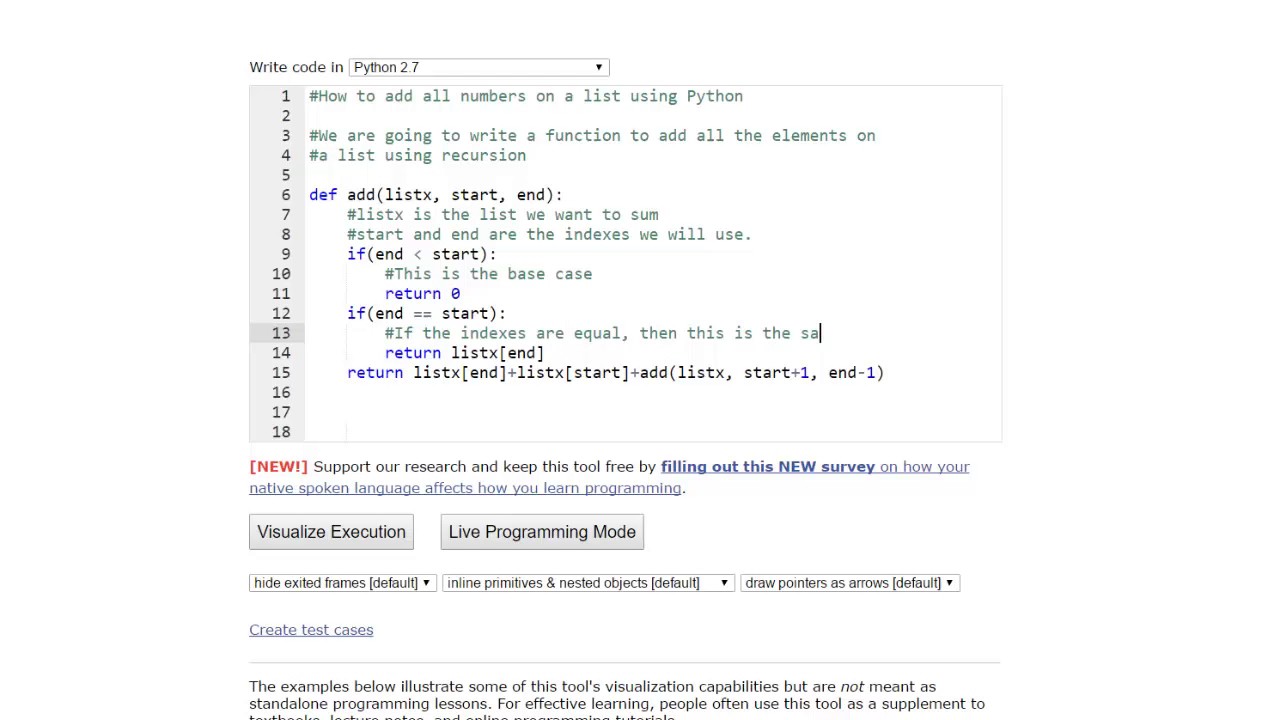 The cumulative sum till ith element refers to the total sum from 0th to ith element.

In Python, programmers work with a lot of lists. Sometimes, it is necessary to find out the sum of the elements of the lists for other operations within the program.

In this article, we will take a look at the following ways to calculate sum of all elements in a Python list:

Python provides an inbuilt function called sum() which sums up the numbers in a list.

The method adds the start and the iterable elements from left to right.

Here, a for loop is run over the list callednumlist. With each iteration, the elements of the list are added. The result is 61 which is printed using the print statement.

Here, the list called numlistcontains integers as strings. Inside theforloop, these string elements are added together after converting them into integers, using the int() method.

In this program, elements of the numlist array are added using a while loop. The loop runs until the variable i is less than the length of the numlistarray. The final summation is printed using the value assigned in thetotalsum variable.

Using a for loop or while loop is great for summing elements of a list. But the sum() method is faster when you are handling huge lists of elements.