The slide whistle is an unusual metal woodwind instrument that was first developed in the early 20th century. Many people have heard the sliding sound of the whistle, especially as a sound effect in cartoons. This instrument is also called a swanee whistle, piston flute, or bicycle pump whistle. 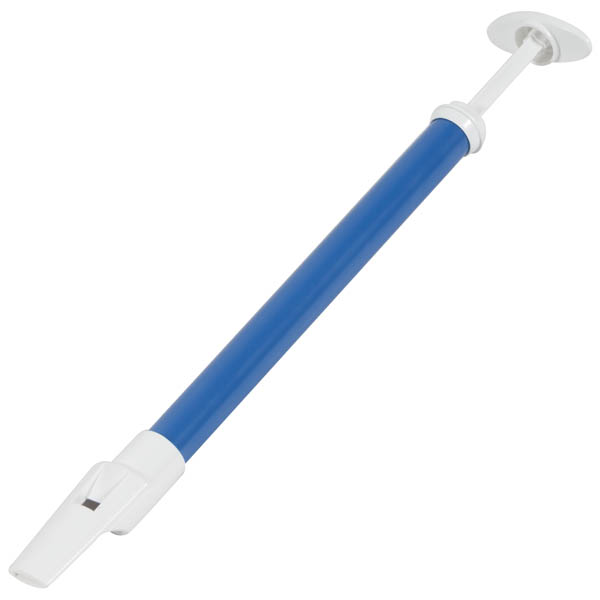 The name bicycle pump whistle gives a good clue to the appearance of the whistle. It does resemble a metal bicycle pump, with a fipple, alternately called a mouthpiece, that looks very similar to the song flute or recorder mouthpiece. The whistle is hollow but has a metal piston, sometimes called a plunger, that can be hand lengthened or shortened to produce a sliding sound. 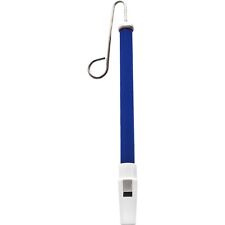 There are a people who can actually play sustained single notes on the slide whistle and may be able to carry off whole tunes with the instrument. In this case, playing the instrument is somewhat comparable to playing a trombone, at least a very small one. Autotune logic. Musicians have to know precisely how much to pull out the piston in order to produce different notes. One renowned player of the past was Paul Trietsch, who is considered probably the most adept player to ever play the instrument. Other well-known musicians like Louis Armstrong also could play a good “slide.” There have been a few symphonic composers who made use of the slide whistle. Maurice Ravel, best known for his work Bolero, used it in an operaL’enfant et les Sortilèges (The Child and the Spells). Though the whistle has been used in a few jazz and orchestral pieces, it was most commonly used in jug bands of the 1920s. 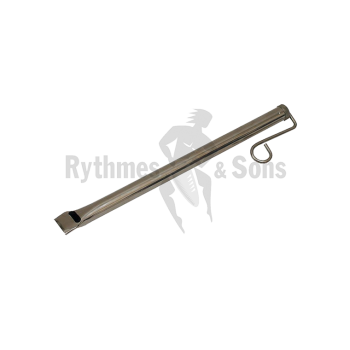 Jug bands featured a variety of hand made instruments, and the unique nature of the slide whistle fit right in. Another composer who has made much of the instrument is Spike Jones, who is best known for his parodied interpretations of music from the 30s and onward. Jones used the slide frequently, interjecting it into various points of his “arrangements” to provoke humor.

Slide whistles are typically quite inexpensive. They can make for a fun instrument, a marvelous way to add sound effects, or merely be a cool noisemaker for kids. Musicians can also buy instruction books for the whistle that can teach actual notes and songs.