If you’re a freelance security researcher, chances are you’ve heard of — or use — Burp Suite, a program commonly considered the gold standard for penetration testing software. But if you’re only using the stock version, as great as it is, you’re missing out! Both the free and paid versions of Burp support helpful extensions that add extra functionality to the main client — whether it’s a separate (and free) scanner, an IP randomizer, or a plugin for validating XSS vulnerabilities. This list is intended to give you a quick-hit overview of some of the best extensions that you can add easily and painlessly to your current setup to be more profitable and productive as a security researcher.

Burp Suite is a suite of web application testing tools that help you intercept, modify and automate your interactions with a web application. If you do CTFs, this will make your life a lot easier. Burp Suite for Beginners Part 1: Setup and Target/Proxy Tools.

XSS vulnerabilities are the most common bugs on the web today and, as vulnerabilities that have the potential to affect a wide swathe of a website’s userbase, are often rewarded as a part of most bug bounty programs. As such common vulnerabilities however, they’re often prone to overidentification and a general surplus of false positives. The XSS Validator from Nvisium solves this problem by using phantomjs to set up a server that receives and verifies XSS findings exported from the Burp Suite interface. It’s a must for testing a target with a large attack surface and a valuable addition to the Burp Suite core. 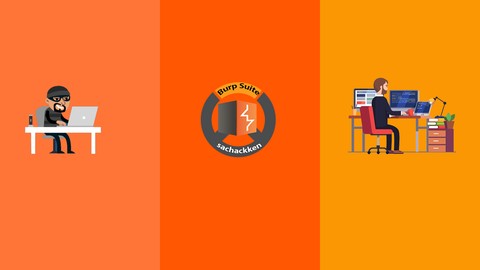 The key to any good penetration testing program is standardization and repeatability (naturally) — developing a coherent testing plan beforehand can save a lot of pain later, while keeping detailed notes of your process could be the key to walking someone through it later. Burp Notes adds an additional tab to your Burp Suite interface, allowing you to save information related to particular targets and attacks. A must for anyone concerned with documentation.

A Burp extension for all those who want a scanner but don’t want to fork up the $200/year licensing fee, Sentinel does an admirable job of scanning web application targets, but isn’t as fully featured as the Burp Pro option. Even if you have Burp Pro, though, I’d recommend giving this a shot, as different scanners will often produce differing results and there’s always the possibility Sentinel might pick up something Burp Pro missed.

A critical extension if you’re spending a lot of time on a site and a good precaution generally, the Random IP Address Header will periodically change your IP address to help evade any WAF (Web Application Firewalls) that might try to throttle your connection or ban your address. It’s not always necessary (and won’t always led you to new vulnerabilities) but when you need it, you need it. A great addition to any Burp setup.

What’s better than extensions? Extensions that allow for even more extending! The Bupy and Python Scripter add-ons allow potential Burp developers to write Ruby and Python scripts, respectively, for execution during Burp testing sessions. Using your scripting language of choice, you can access all the information burp does to modify and tweak what happens during response and request calls, meaning that what you can do with Burp is now only limited by your time, imagination, and programming commitment.

If this has piqued you’re interest on working with Burp, or if you just find yourself wanting a bit more of a backstory for things like XSS vulnerabilities, consider checking out Bug Hunt: A Quick Start Guide to Penetration Testing.

Thanks for reading and happy hunting!

Cross-Site Scripting (XSS) is the most prevalent web application vulnerability found in the wild. XSS often represents a critical security weakness within an application. It can often be combined with other vulnerabilities to devastating effect. In some situations, an XSS attack can be turned into a virus or self-propagating worm.

XSS vulnerabilities occur when an application includes attacker-controllable data in a response that is sent to the browser without properly validating or escaping the content. Cross-site scripting attacks may occur anywhere that an application includes in responses data that originated from any untrusted source. An attacker can use XSS to send a malicious script to an unsuspecting user. The end user's browser has no way to know that the script should not be trusted, and will execute the script because it thinks the script came from a trusted source. The malicious script can access any cookies, session tokens, or other sensitive information used with that site.

XSS vulnerabilities come in various different forms and may be divided in to three varieties: reflected (non-persistent), stored (persistent) and DOM-based.

Security on the web is based on a variety of mechanisms, including an underlying concept of trust known as the same-origin policy. This mechanism is implemented within browsers and is designed to prevent content that came from different origins from interfering with one another. The same-origin policy essentially states that content from one site (such as https://bank.example1.com) can access and interact with other content from that site, while content from another site (https://malicious.example2.com) cannot do so, unless it is explicitly granted permission. 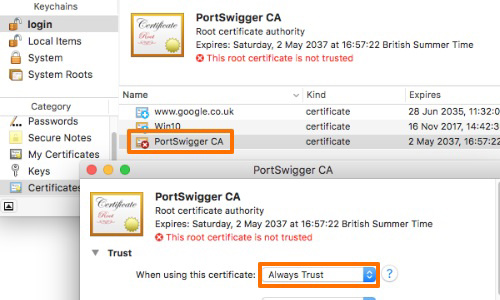 When manually testing for XSS issues, first you must identify instances of reflected input, then manually investigate each instance to verify whether it is actually exploitable. In each location where data is reflected in the response, you need to identify the syntactic context of that data. You must find a way to modify your input such that, when it is copied into the same location in the application's response, it results in execution of arbitrary script. In the articles below, we provide some general examples of testing for reflected and stored XSS, followed by some more in-depth approaches for detecting XSS in different HTML contexts: