Ask a question about League or Riot, and we’ll try to answer it. Answers go live every other Thursday at 1:30 pm (PT)

Jeopardy: Hey everyone, I’m self-proclaimed “only Riven at Riot” Jeopardy, and I’m here today with “second-best Yasuo at Riot via one unseeded tournament” Blaustoise.

Blaustoise: Welcome to what is likely to be the last data-related blog post Jeopardy and I are allowed to write. If Nancymon invites us back for more Clairvoyance, we will have failed.

Jeopardy: I’m here to talk about the champion with the most inherently-talented player base in all of League of Legends: Riven, the Exile. For extreme juxtaposition, Blaustoise will be sharing data about Yasuo, the champion who treats his team’s Nexus like his own master — not being around to defend it and letting it die while he’s off on his own.

Blaustoise: Whether or not your Nexus falls is inconsequential, as long as you get that sweet, sweet 1v3 for your Yasuo montage. Even in his backstory, Yasuo knew his priorities.

Jeopardy: For this next section, we will be looking at data pulled by our newest gameplay analyst: Benign Lime. His data sample covers all ranked games in Riot regions from May 20 to June 1, 2017.

Blaustoise: Yasuo has a higher win rate. Boom. This article is over.

Jeopardy: Although Yasuo’s overall win rate is higher than Riven’s (51.3% vs. 51.0%), Riven has a higher win rate if she and Yasuo are on opposing teams (51.0% to 49.0%). Maybe this shows that Ninja Tabi sick Riven mechanics counter Yasuo facerolling when they lane against one another?

Blaustoise: But what happens when two unstoppable instalocks meet an immovable team comp amidst cries of “oh god we need magic damage?” Despite the mixed-damage tears of the other three innocent souls trapped in champ select, the win rate when Yasuo and Riven are on the same team is 50.0%. Perhaps double-solo-lane AD compositions aren’t all that bad. You still won’t find me duo’ing with Jeopardy anytime soon though.

Jeopardy: But I really wanted to play down four divisions in ranked.

Blaustoise: Yasuo has more Double and Triple kills than Riven, and around twice as many Quadra and Penta kills. With a champion designed for combo chains and CC chains, you would think Riven mains would learn to chain their kills together, too. And even when Yasuo isn’t spamming his Mastery 7 after solo-killing Marc “Tryndamere” Merrill’s Lux, he’s dealing more damage than Riven to champions, turrets, and objectives.

Jeopardy: Dealing damage is nice, but you know what else is nice? Not being a meals-on-wheels service for the enemy team. Riven dies one fewer time per game on average compared to Yasuo—that’s at least 300 gold right there (excluding assists and shutdowns), not to mention about half a minute’s worth of gray screen time.

Blaustoise: Sure Yasuo’s KDA is worse, but KDA is a meaningless stat. You can forget your 0-5-2 game as easily as you can cut your 5-0-2 game into a highlight montage.

Jeopardy: Look Blau, I’m not saying you haven’t made a sick outplay or two in any of your 250+ Yasuo ranked games this season. I’m just saying that, on occasion, I have seen you use your E button as a 300-gold delivery system for the enemy team. And, I am saying that mashing R after your team’s Malphite does all the heavy lifting shouldn’t count as montage material.

Jeopardy: Let’s not front. Regardless of which champion you side with, we have to admit that we were BOOTY with our champions when we tried them for the first time. Both champions have a win rate of about 40% for first-timers, or if you spell “Blastoise” with a “u”.

Blaustoise: Good thing most Yasuo and Riven players can’t spell after years of chat restrictions. But back to the charts: the x-axis tells us how many games players have played on a champion. The colored curve indicates the champion’s win rate at a given number of games played, as labeled on the y-axis to the left of each plot.

Jeopardy: As expected, a player’s champion win rate tends to increase with the number of games played. However, there are a handful of champions with flat mastery curves, meaning their win rates early on (like by game five) could be pretty close to their win rates on, say, game 100. Champions like Malphite, Volibear, and Miss Fortune have flat curves.

Blaustoise: Other champions such as Aurelion Sol and Ivern have steep mastery curves: Their first-game win rates are low, but they unlock a lot of power within 15-30 games. But real champions have extended curves: Yasuo, Riven, and Nidalee slowly gain winrate with each game, and have mastery curves that only start to flatten out after hundreds of games.

Jeopardy: It’s likely that the difficulty of Yasuo and Riven is what makes them appealing. We enjoy learning these complex, high-execution, flashy champions for a variety of reasons. Some of us are intelligent, sophisticated gamers who enjoy a challenge (me), and some of us are weebs trying to star in our own anime (Blaustoise).

Blaustoise: N-n-nani? The gray density plots tell us how many players have played that many games on the champion, matching with the y-axis labels on the right (percent of plays). They also correlate with time spent seeing gray in game! 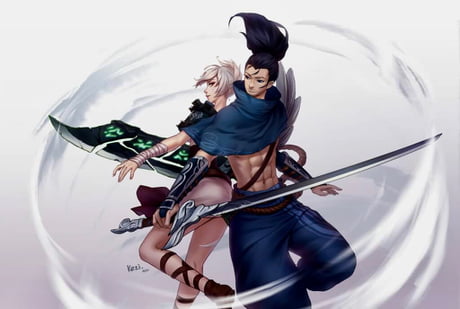 Jeopardy: Riven is a very popular champion that many League players love taking out for a test drive; however, those who pick up Yasuo for the first time are more likely to commit after just a few games, rather than dropping the champion and moving on to something that doesn’t make the entire champion select lobby audibly groan when hovered. 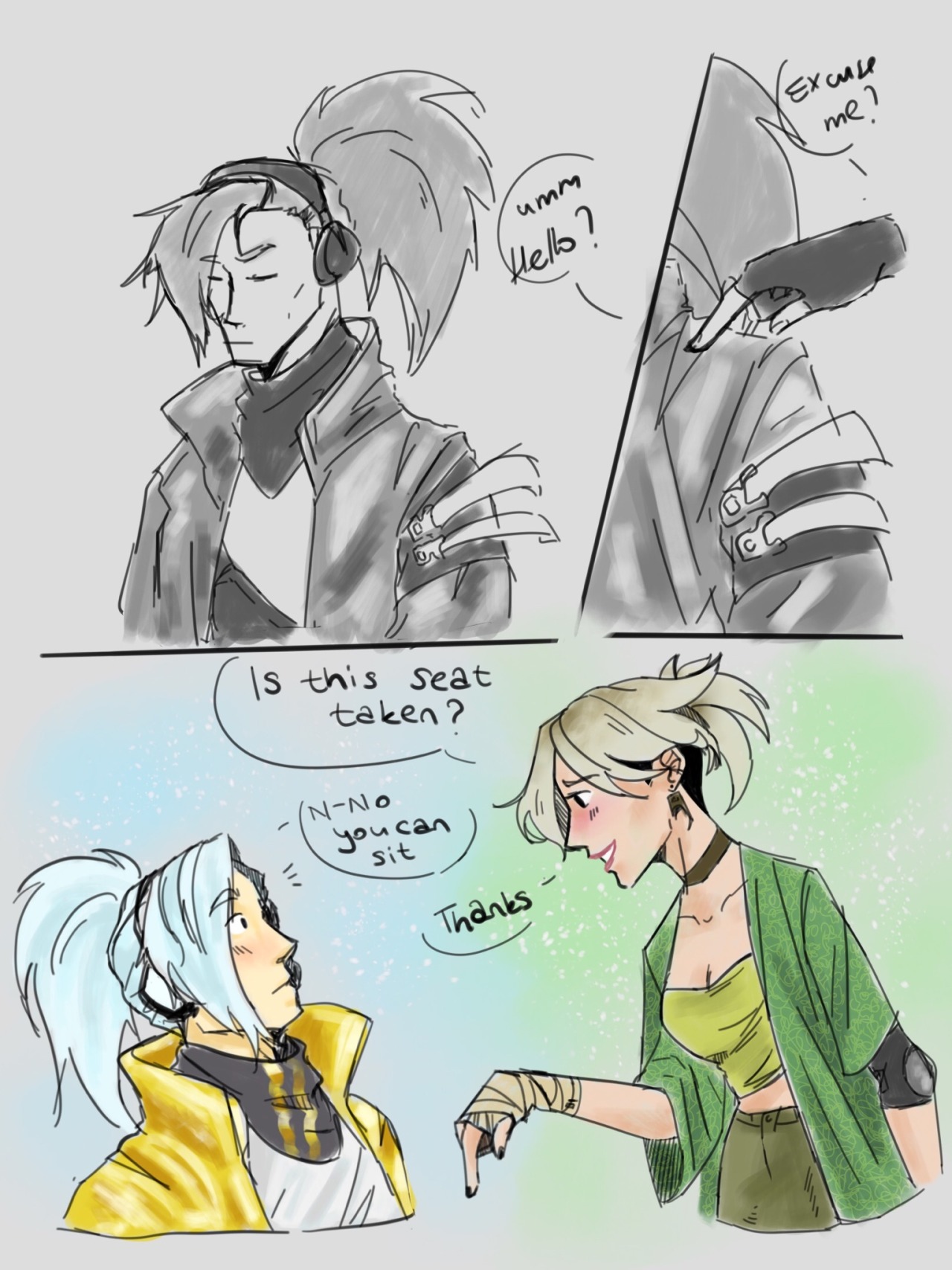 Jeopardy: But who cares about us jacketless plebs who will shiver in the freezing Los Angeles winters come December? In Challenger, Riven’s win rate is 54.6% versus Yasuo’s 50.0%. This is indisputable evidence that Riven has a higher skill ceiling that allows her to excel at the fiercest levels of competition. Meanwhile, Challenger players can flip a coin to predict whether or not Yasuo is going to be valuable for their team.

Blaustoise: And with the new 10 ban system, Yasuo faces a 66% banrate in Bronze and Silver leagues while Diamond+ players only ban him in 43.4% of games. Thousands of gifted Yasuo-one-tricks are being held back because they only have the chance to get their champion in 1/3 of their games. I only interpret the Challenger win rates as dirty Riven players getting to practice more…

Jeopardy: If you see a Riven on the enemy team rocking the Crimson Elite skin… well, first off, that’s amazing, almost nobody plays that skin—and second, do not worry: That skin has the lowest win rate of all Riven skins. I’m sure there’s a disclaimer to be made here about causation, but I’m a Riven main and I have a short attention span. 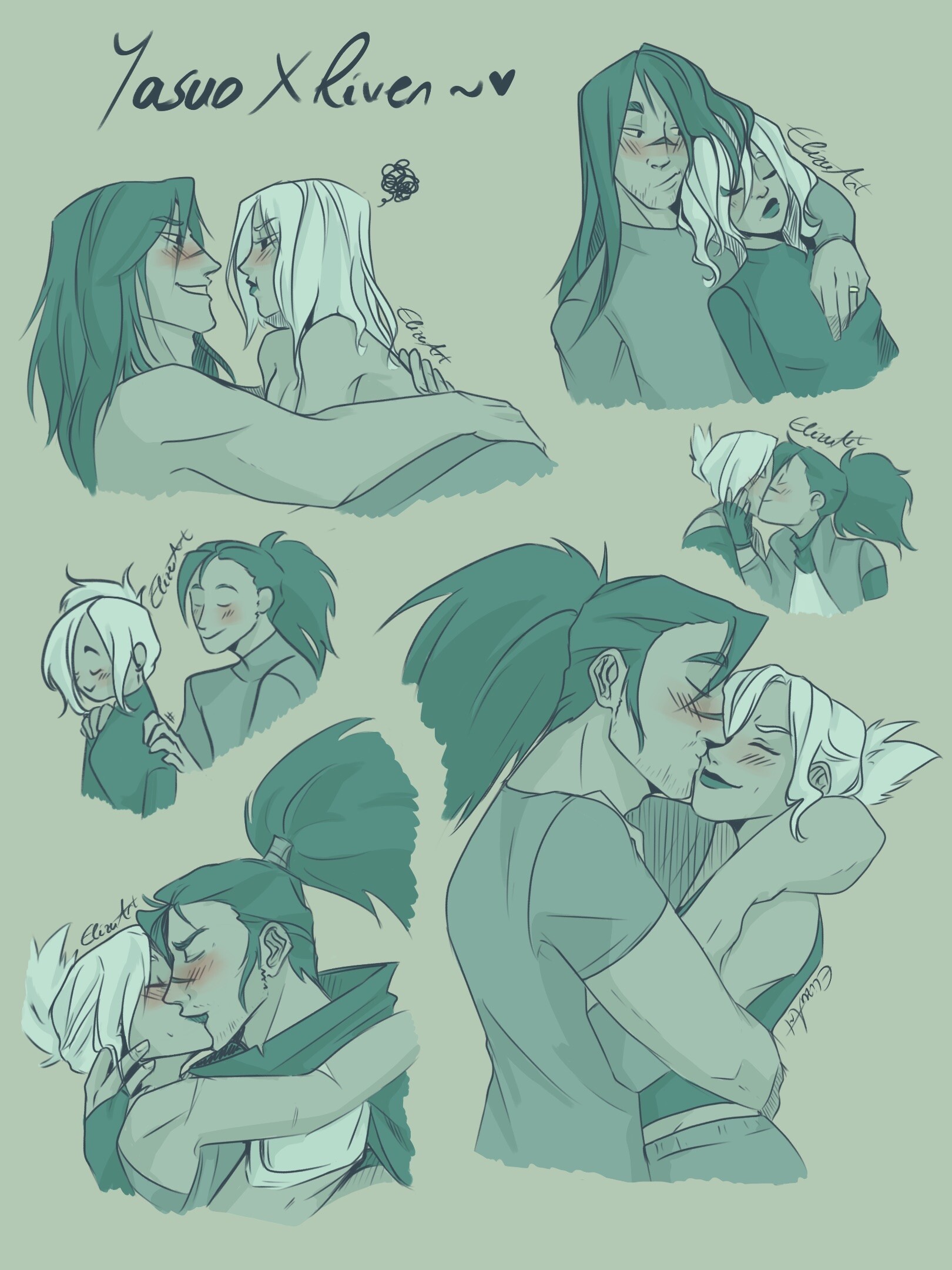 Blaustoise: As for the top Yasuo skin? Blood Moon (52.6%) barely eeks out High Noon (52.4%), but that’s just the base High Noon. The data that Yasuo mains of culture want to see is the definitive stack ranking of the oddly-gemstone-titled High Noon Yasuo chromas:

And of course, we couldn’t talk about Yasuo skins without shaming PROJECT: Yasuo at 51.2%, the lowest of any of his skins. It’s well-accepted in the Yasuo community that this is the “noob” skin, and the numbers don’t lie. Trust me, I’m a researcher. 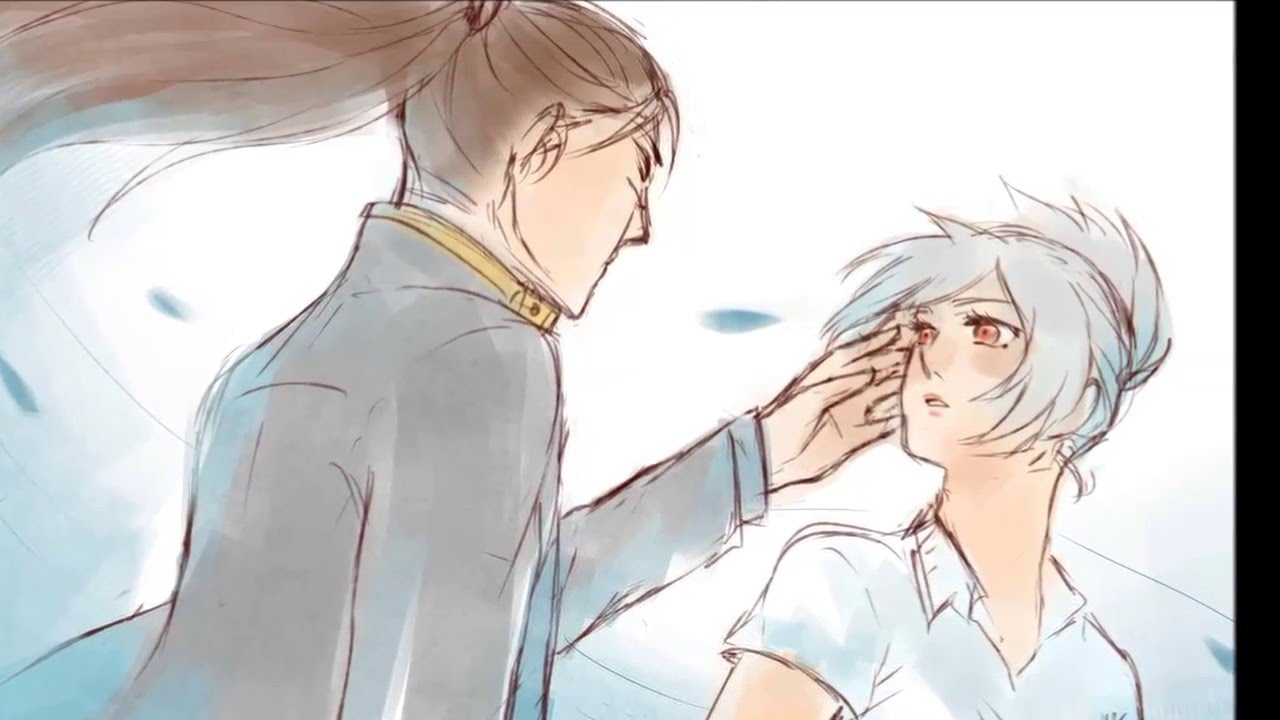 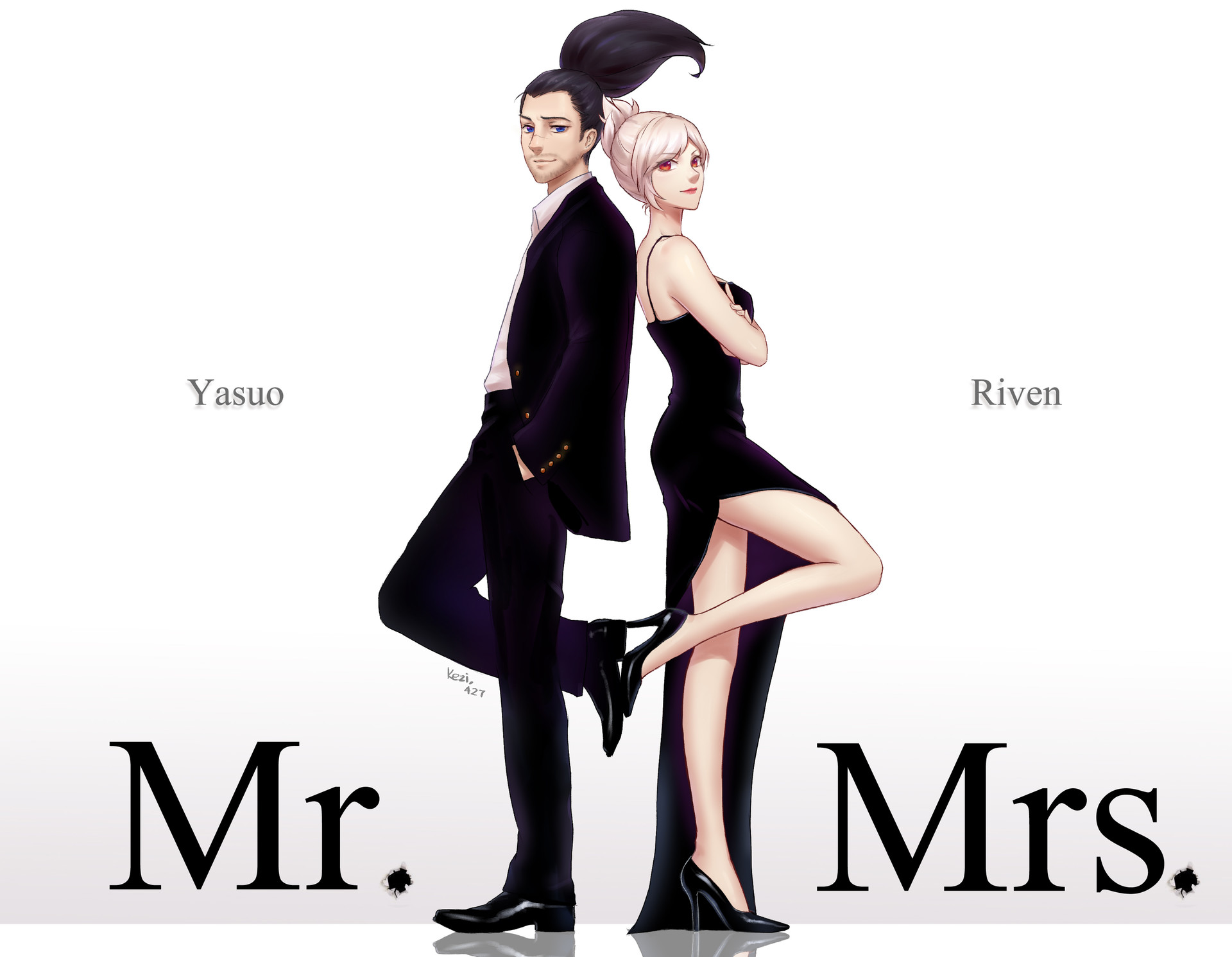 Jeopardy: I can’t wait to see what Nightbringer Yasuo brings to that metric though.

Blaustoise: We wanted to show you guys a cool visualization of a word cloud of vocabulary that players associate with the champions Yasuo and Riven. However, we examined the responses we received, and concluded that there may have been a mixup in which the survey question was somehow misinterpreted as some sort of query for medical terms and terminal illnesses. We’ll try to fix the survey and share the results with you at a later date.

What Is Yasuo Saying

Jeopardy: We hope the data we shared with you today was insightful and worth our inevitable meetings with our respective managers. Before we sign off, we’d also like to remind you to consider participating in the VS. event, even though we have no obligation whatsoever from anybody at Riot to mention that event in this article. Like at all.

Blaustoise: Or better yet, queue up Top/Mid in Ranked Solo, hover Yasuo or Riven, tell your team not to ban, type “I’m a smurf,” mute all when the game starts, and enjoy the Unforgiven and the Exile as they were truly meant to be played.